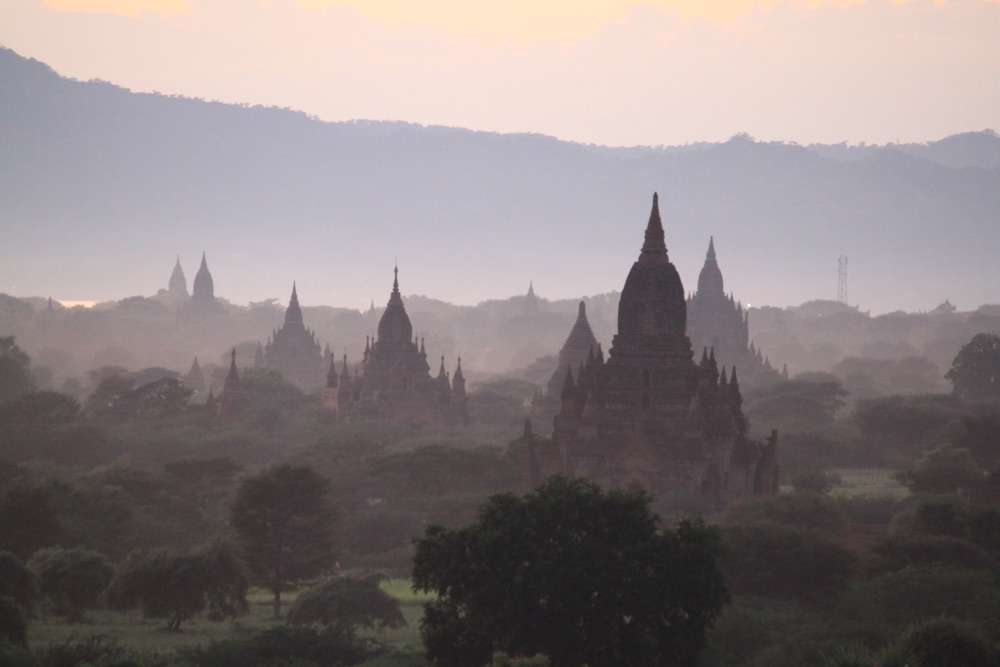 The story of Myanmar

Have you ever wondered how such a valuable pharmaceutical resource as mSupply comes to into being in some of the world’s finest, far-flung developing countries? Well, wonder no more!

One of our newest clients is the Regional Supply Chain Strengthening project (RSCS) in Myanmar, South-East Asia. A common problem within pharmaceutical supply chain management faced by less-developed countries, is the accuracy and reliability of existing systems, which often rely on a precarious paper-chain. As you can imagine, this can lead to all sorts of problems, and ultimately a great deal of wastage as a result of expired medicines. And this is where mSupply can step in and make itself very useful!

So, here’s a little story about how mSupply is now working its medical supply chain magic in Myanmar :)

Once upon a time a good and wise king asked a team of courtiers to find out what was happening with the distribution of medicine throughout his realm. The team of courtiers were a clever bunch and hatched a plan. They would create a magic paper form and send it to all the apothecaries in a few of the regions of the land to get the information the king needed. If the test was successful, they would send the magic form to all the apothecaries in all the regions of the realm and the picture would be complete. However, the courtiers quickly realised that when the magic paper form was returned to them, the task of reading and summarising the forms for the king would be huge. In fact, this task, they realised, was far beyond them. For this they needed some powerful magic.

They knew of a team of mighty wizards from a land far away who had done this kind of thing before. They approached the wizards and tried to explain what they needed. It took some time but finally the wizards agreed to take on the task. Time was of the essence as the king needed the information urgently, but the wizards applied themselves selflessly to the task. Eventually, after several weeks of hard toil, their work was done and their magnificent form processing engine was complete. The courtiers were overjoyed and gleefully fed the returned paper forms into the magic engine. The results were startling as summaries and reports freely came forth with the press of only a single button. At last, the problem was solved and the king was delighted with his new information.

And that is how it is today. Word has it that they will all live happily ever after. 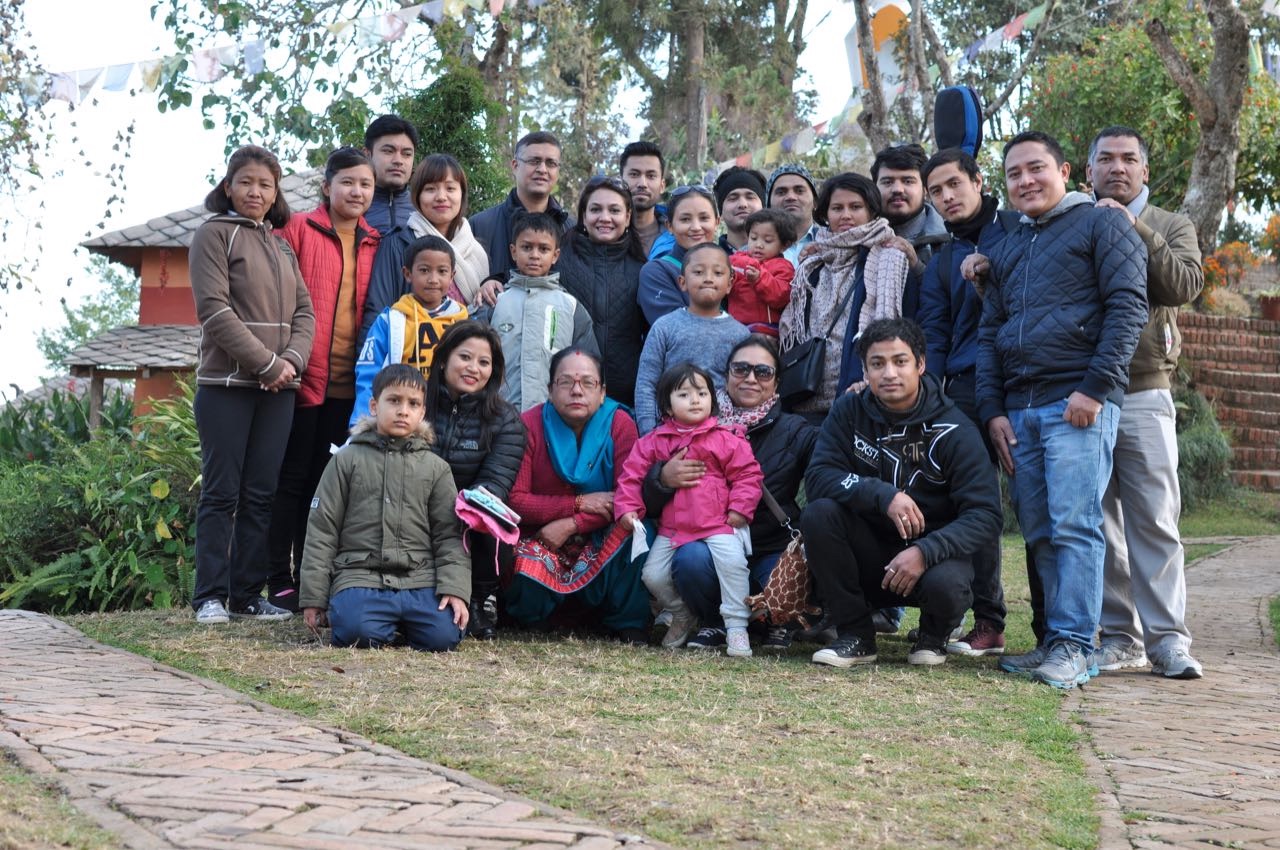 You could be forgiven for concluding we’re asleep, closed down, don’t care!
None of that is true. We’ve just been rather busy, and keeping our Sustainable Solutions web site up to date wasn’t on our radar. Until now.
Anisha Panchia has done a great job of making a site that looks good on any device. Thanks Anisha.

We finished 2016 with a retreat for our Nepal staff to Nagarkot. Everyone agreed- it’s great to get out of the city!

To all the people we work with and for- thanks for travelling with us in 2016, and we’ll look forward to working together again next year.

Thanks to everyone who has contacted us with concern, hope and prayers.

As of Tuesday 28th April almost all our staff are accounted for, and everyone is well. Some have family members with minor injuries, and some have lost family homes.

Sustainable Solutions Nepal office is closed and will reopen on 4th May. Our Network services are still working, and our staff in the UK, Australia and New Zealand will respond to any queries via the normal channels.

If you would like to donate directly to a Nepal-based aid organisation you could consider http://inf.org.np/ or http://umn.org.np/ – both are reputable organisations with a long history of working in Nepal.

Thanks again for your concern,
the Sustainable Solutions staff

Lao PDR is piloting mSupply at 9 sites, and we were thrilled to be invited to be part of the initial training program.
The participants were enthusiastic and engaged, and we enjoyed the warm welcome.
We also learned a few important things about using South-East Asian fonts for the mSupply interface!

Since 2005 a warehouse in Kabul, Afghanistan has been using the free version of mSupply.
In late 2013 we were invited to install a client-server version, customise mSupply to meet some of their unique needs, and provide training in Kabul.
Gary and Paul made the trip. Thanks to staff of the Kabul warehouse for your warm welcome.

The Papua New Guinea National Department of Health has initiated the implementation of mSupply at it’s regional warehouses, starting with Badili Area Medical Store in Port Moresby.
We look forward to working in one of the most challenging countries in the world for medical supply!

In September/October 2012 we installed mSupply at Zanzibar’s new Logistics warehouse.
Thanks for the warm welcome!

In November 2010 mSupply went live at Vanuatu’s Central Medical Store and Vila Central Hospital Pharmacy.
Then in March 2011 mSupply was extended to the regional stores and pharmacies at Norsup, Tanna and Santo.
We’ve loved working with the staff in Vanuatu, and are excited to see them learning how to use mSupply to improve services

We don’t usually do web sites, but we did get our arm twisted into helping our friend Rowan to get his photos on line.
His yaksnap.net site has some great piccies of Nepal.

If we do create a web site, we use Textpattern. It’s fantastic. And free.

In November we installed mSupply at 11 regional medical stores around Nigeria that are managed by Axios foundation.
This installation is unique in that 10 regional sites automatically send their data to the central server, meaning the head office has a way of reporting and managing stock at all locations.
We love Nigeria, and it’s good to remember that most Nigerians are nice people who aren’t trying to scam you!